‘Cultural capital’ is now being quoted by Ofsted – but what does it mean in relation to early childhood education? In order to have validity it must start with celebrating the unique child.

In recent years, one of the key goals of Government, and of the DfE, has been for education to increase what is referred to as ‘social mobility’. The idea of social mobility is that people can move ‘upwards’ in society through working hard at school and doing well in exams.

The underlying assumption is that social mobility is about having a professional career, in which you earn a high salary and move from lower to middle class. Ideas around social mobility are closely tied up with the notion of ‘cultural capital’ – a term that is used in the early years and schools handbooks in Ofsted's new Education Inspection Framework.

The trouble with ‘social mobility’

There are issues with the idea that education allows people to become ‘socially mobile’ – not least the fact that, for a society to function properly, some of its members need to do what is traditionally considered low status and low-paid jobs, such as collecting refuse or social care. Before taking on this narrative wholesale, we need to consider what we value in our society and why some careers are seen as more important than others.

Additionally, it is a narrative that fails to account for the power of networks in the way society operates – research regularly shows a high percentage of MPs, doctors, barristers, judges and so on are privately educated, even though a relatively small number of the population attend private schools.

The idea that you should ‘earn your own’ social mobility also does nothing to account for improving the life chances of children with learning difficulties.

For the last decade, the focus in education has been on the idea of ‘closing the gap’ between children from disadvantaged and advantaged backgrounds, with pupil premium funding designed for this purpose.

At a time when 4.5 million children are estimated to be living in poverty, the idea seems to be that people should work their way out of poverty by themselves (Butler, 2018). This narrative is a poignant one for an early years sector where pay is often set at minimum wage, and where the role of practitioners is often not seen as having equal status with other professionals. It is also an idea which is out of step with modern pedagogy.

Ofsted's new Education Inspection Framework uses the term ‘cultural capital’ to describe the kind of knowledge that children should have access to in an early years setting, in order to be socially mobile and play their part in society. The definition of ‘cultural capital’ in the new early years handbook (Ofsted, 2019) is ‘the essential knowledge that children need to be educated citizens.’ An expanded definition appears in the schools handbook, for children from two years and upwards in school-based settings, where it is also described as introducing children ‘to the best that has been thought and said and helping to engender an appreciation of human creativity and achievement.’

Within the new framework, Ofsted explains that it plans to ‘evaluate how well leaders ensure that the curriculum they use or create enhances the experiences and opportunities available to children, particularly the most disadvantaged.’ Under the heading ‘cultural capital’ the early years handbook asks settings to ‘ensure that children experience the awe and wonder of the world in which they live, through the seven areas of learning’. It is important, therefore, for us to consider what Ofsted believes the term to mean, what we might think the definition should refer to, and the wider political backdrop to its inclusion in the latest framework.

The theory of cultural capital

The theory of what is referred to as ‘cultural capital’ was first proposed by the French social theorist Bourdieu, whose thinking was heavily influenced by the theories of Karl Marx. Bourdieu argued that this capital formed the foundation of our social lives, and that it dictated our positions within the social order. Bourdieu and Marx both argued that, the more capital you have, the more powerful a position you could assume within a society.

Bourdieu extended Marx's idea of ‘capital’ beyond the economic and into the realm of culture. His theory of ‘cultural capital’ included the collection of symbolic elements that make up a ‘culture’ and that make people part of a ‘social class’, such as posture, clothing, mannerisms, material belongings, and so on. Bourdieu argued that, where people share similar forms of cultural capital with others, this creates a sense of group identity, and where people do not have particular kinds of capital this can hinder their chances.

Michael Gove was a key proponent of the terms ‘cultural capital’ and ‘cultural literacy’ during his tenure as Secretary of State for Education, and these terms are still in use by Schools Minister Nick Gibb. However, they had not been used explicitly in relation to early childhood education until the publication of the new handbooks. In his time at the DfE, Gove was heavily influenced by the work of American professor and author E.D. Hirsch, and particularly his book Cultural Literacy: What Every American Needs to Know. Hirsch's thesis is that we need to learn the kind of knowledge that allows us to understand a broadsheet newspaper, so that we can join in with the ‘conversation of mankind’ (Oakeshott, 1959).

Hirsch set up the ‘Core Knowledge Foundation’ in the US, with a branch of this organisation based in the UK. The ‘Core Knowledge’ curriculum offers lists of knowledge that children should know at different ages, including in Reception (http://www.coreknowledge.org.uk/teachingideasreception.php).

The Core Knowledge materials offer a vision of Reception in which all children learn the same knowledge, and where a topic-based approach is planned ahead of time. This is out of line with current thinking in the sector, where practitioners build on children's interests to create personalised next steps for learning.

Bourdieu saw the term as referring to a wide set of skills that he called ‘habitus’, which allow us to navigate the parts of society in which we live. In Bourdieu's view, cultural capital was as much about the ‘street smarts’ that help keep someone safe in a tough neighbourhood, as it was about the sense of social confidence in high status situations that a child might learn by going to Eton.

Ofsted's definition of ‘cultural capital’ appears to be limited to the kind of knowledge that exists in books – the ‘best that has been thought and said’. The class system is so entrenched within the UK, that the use of the term ‘cultural capital’ to indicate ‘high culture’ or ‘the culture of the middle class’ is problematic.

If we are to celebrate the diversity of backgrounds from which our children come, we should not start from the deficit position taken in the handbook, where ‘some children arrive at an early years settings with poorer experiences than others’.

The webinar that Ofsted has produced for child minders shows how fuzzy and ill-defined its thinking is around the term (Ofstednews, 2019).

In the webinar the presenter describes a child being told by an adult how to use a shape sorter. The presenter goes on to say that some children arrive at an early years setting having had poorer experiences than others, and as an example they use the conversation, support and opportunities that might help a child to use a shape sorter. In this definition, ‘cultural capital’ translates into typical childhood experiences that we might expect many toddlers to have had. 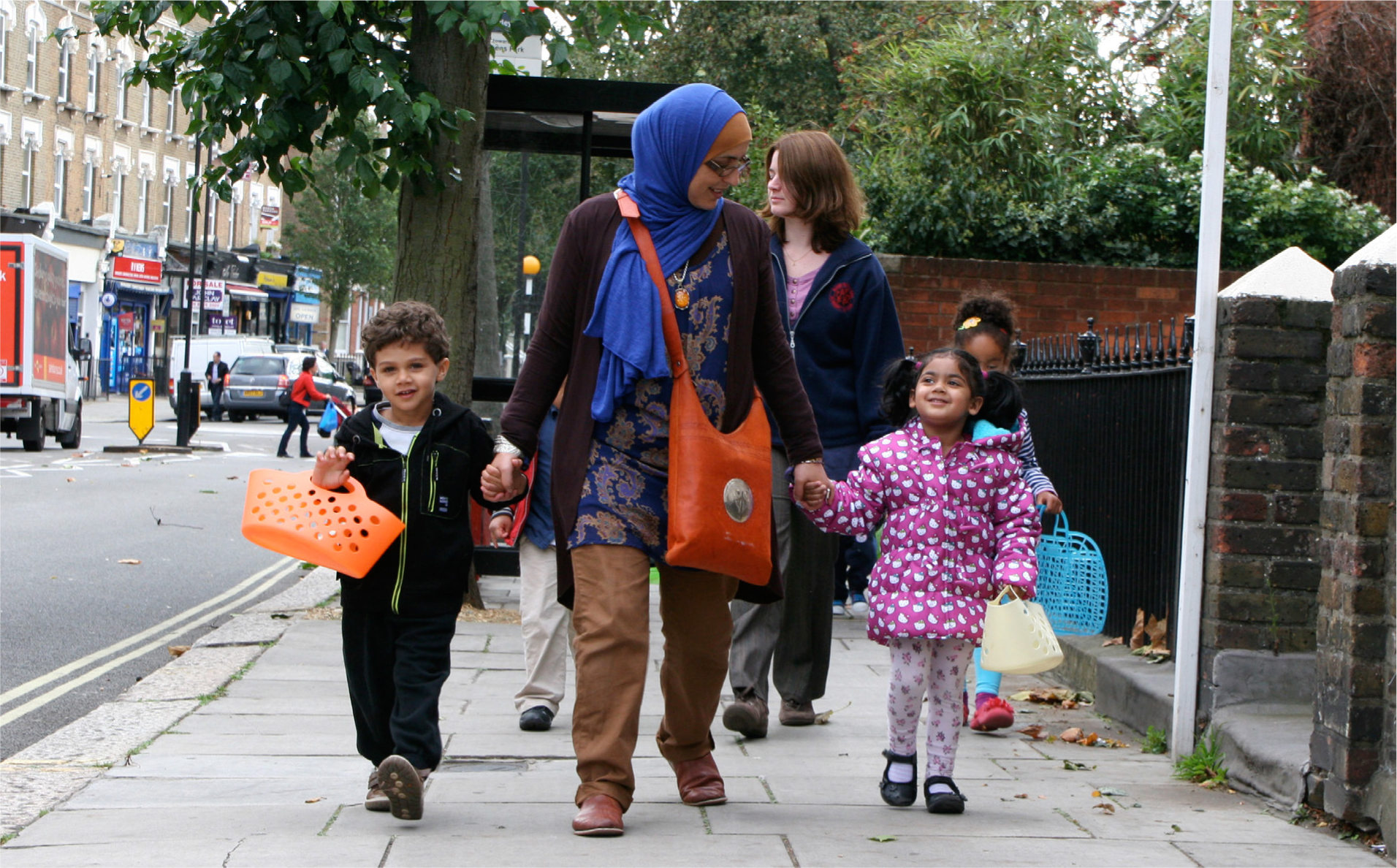 When definitions are unclear, or poorly explained, this leaves an opportunity for settings to claim and define the terms for themselves. We need to avoid the confusion that accompanied the introduction of ‘British Values’, which was sometimes interpreted as meaning Union Jack bunting hung up around the setting and images of the Queen and afternoon tea being displayed. If Ofsted wants us to prove that we are developing children's ‘cultural capital’, what might this mean and how should we go about doing it?

When definitions are unclear, or poorly explained, this leaves an opportunity for settings to define terms for ourselves. But we must avoid the confusion that accompanied ‘British values’.

For the term ‘cultural capital’ to have validity and meaning, we need to start from a position of celebrating our unique children, rather than seeing them as being in deficit when they arrive. One interpretation might be that it is about helping children build the confidence and communication skills that they need to speak up for themselves and to grasp the opportunities that await them. Another idea might be for settings to explore their local context – what key cultural factors might play a part in a rural setting in the North of England, as opposed to an urban setting in London?

Where children bring knowledge of other cultures, and the ability to speak other languages, this is a form of cultural capital that merits acknowledgement and celebration. For instance, inviting family members in to tell stories in other community languages is a great way to support parent partnerships. When Ofsted has presented us with a narrow definition that does not fit with best practice in the early years, we need to take matters into our own hands, and demonstrate how we value the wealth of diverse experiences that children bring with them to our settings.

This article first appeared in the June 2019 issue of EYE. You can read more interesting analysis just like this by subscribing here