Everything to play for

Rachel Hingston, Education (MA) graduate from the Univeristy of Plymouth and Verity Campbell-Barr, lecturer in Early Childhood Studies at the University of Plymouth
Tuesday, October 8, 2019

Do children value learning as much as play? Rachel Hingston conducts interviews and observes children's behaviour in their learning environment to discover whether play always trumps learning.

The Reception class learning environment has become something of a battleground in recent years as policy makers, early years experts and teachers debate what an effective early learning environment might look like. Here, we consider the perspective of those who should be central to the conversation – children.

The Bold Beginnings report (2017) and The Hundred Review (2017) highlighted a tension within the reception class learning environment. Both outlined that play and learning occurred in separate areas, and learning was understood to be adult led, whereas play was perceived to be led by children.

A notable difference between the Bold Beginnings report and The Hundred Review is the latter states the separation within the Reception class learning environment is unhelpful for children. After all, children have been learning through play for hundreds of years, even before Friedrich Froebel's first kindergarten opened in 1836.

A review of the literature supported The Hundred Review, conclusion that the separation is unhelpful, as some children believe the presence of an adult inhibits learning skills (Howard and McInnes, 2013; Georgeson et al., 2014). This heightened an interest in how the adult presence affected children's lived experiences during the Reception year. Children's experiences in the Reception year will influence their future expectations of education and school-based encounters (Georgeson and Player, 2015). Therefore, researching how children experience the Reception class learning environment is important.

A range of methods were used to collect data with the children, largely drawing on the Mosaic Approach, where tours, photos, observations and child interviews were collected with the aim of understanding how children experienced the Reception learning environment. Here we focus on two aspects of the research.

The experiences of the children are personal and there are inevitable research limits to working with just one class. However, the findings offer some key points about how Reception children experienced play and learning within their classroom, and how the children perceived the role of the adult. The findings will be discussed in the context of the literature presented above.

How did children experience learning?

Children perceived their learning experiences as boring, required them to follow instructions, wanting to please, and an activity that was adult-led which took place at tables. The children were asked to describe what was required during activities perceived as learning.

‘We listen to our teachers’ ‘We do carpet time where you do lots of number things’ ‘When it's so boring when you do lots and lots of work it hurts my fingers as well’ ‘We learn on tables. Cause we write it. We write at tables…. we just tell if it's right or wrong’

Children demonstrated that learning was not as enjoyable as play. They also used a deeper tone of voice when talking about learning and they sat still while explaining how they experienced learning.

Learning was believed to restrict the holistic nature of children's development: they found it hard because, ‘you're not allowed your feet like this’ [waving her feet, when asked why you have to sit straight]. The conversation that followed suggested that children viewed their bodily movements to be beyond their control, as children explained that their hands and feet found it hard to stay still when learning.

Learning activities were seen to be conducted at tables or on the carpet and focussed on the teaching of literacy and maths skills. They centred around outcomes, which reflects the Bold Beginnings (2017) view of what learning should involve. The adult role during learning was one of instruction, which children found hard as they were unsure what was expected of them at times. This was also a finding in Georgeson et al's 2014 study of two-year-olds. Children's accounts of play were different to their learning experience.

How did children experience play?

Children's perception of their play experiences were fun, exciting, encompassing choice, and a child-led activity

The quotes demonstrate that children often talked over each other when discussing play and their excitement was displayed through their words and bodies, as children found it hard to contain the level of excitement that play invoked. Play also supported the holistic nature of children's development, as children often acted out what happed during play, which Howard and McInnes (2013) stated is how children learn best: through hands-on experiences. Children explained that play was a social endeavour that required sensitive communication, and responses between children informed the play. One child explained play involved their imagination:

‘We play, and then we start to play games and mix our minds up. Then when you change your mind and get into a different dress.’

Th is quote has become a favourite interpretation of play, as it was explained that during play children could choose anything they wanted, which is a view supported by both Howard and McInnes (2013) and Georgeson et al. (2014). The adult role was absent from play other than to manage or observe the children.

The diagram illustrates how the children involved in the research experience the Reception class learning environment. Play was perceived to be an enjoyable child-led experience that encompassed multiple choices, which allowed children to collaborate and build understanding together. Learning, on the other hand, was perceived as an adult-led activity that was compulsory, and conducted at tables or on the carpet, which meant children followed instructions to meet learning outcomes.

The findings outline that play was a more enjoyable experience for children. Howard and McInnes (2013) concluded that play results in higher learning behaviours, a finding that was also reflected in this study, as children displayed meaning in multiple ways through play. Choice appeared to be what shaped children's perception of the type of activity presented to them. This was also highlighted in both Howard and McInnes (2013) and Georgeson et al.'s (2014) research. As explained in the introduction, children's perceptions of their learning experiences feed their future actions in learning situations. Therefore, it is important to consider what choices children can, and are, being given through their learning experiences and how choice can become a component of children's learning experiences during the Reception year. 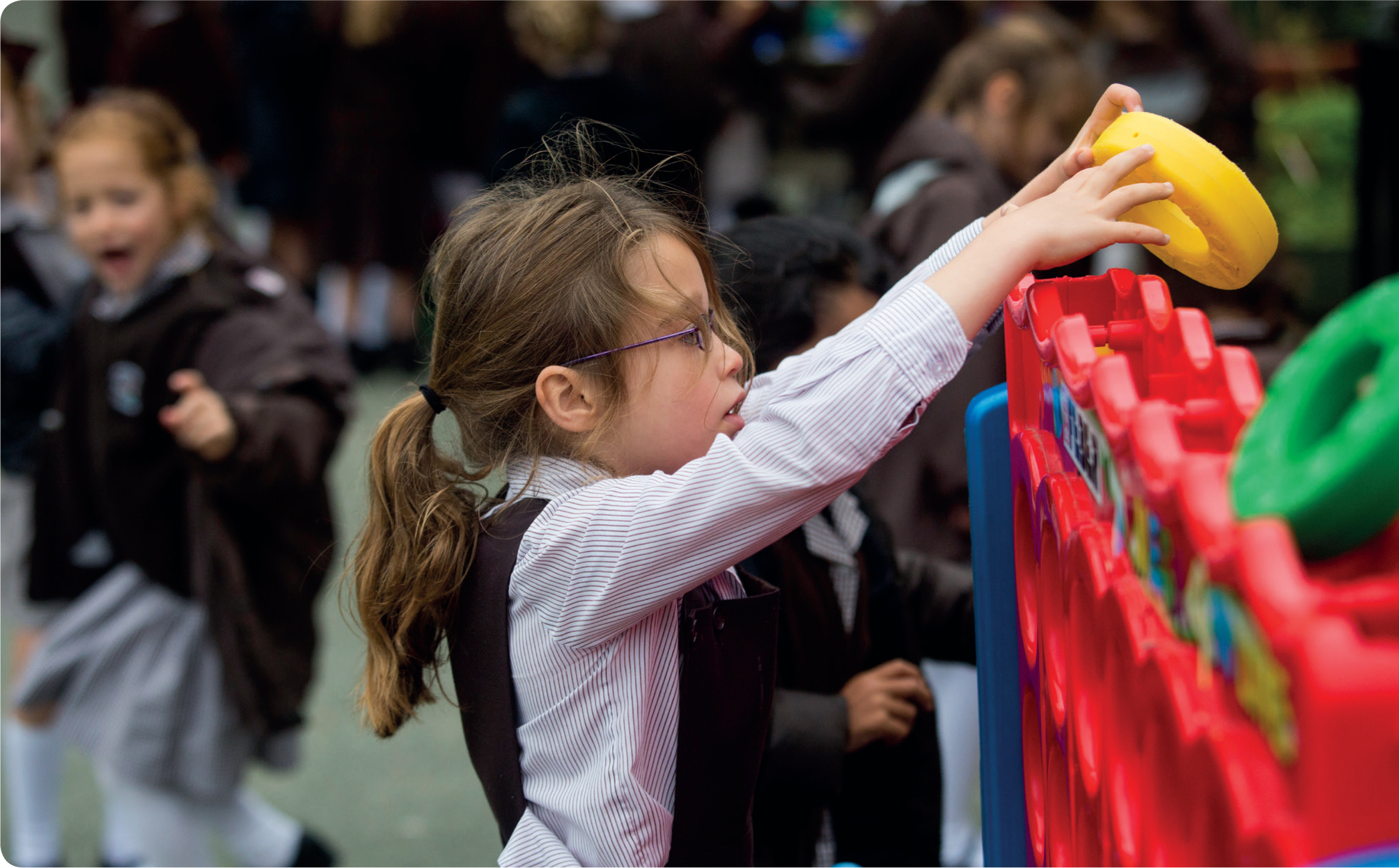 Children identified play as being free from adult participation

The discussion has outlined how one class of Reception children experienced their class learning environment. The findings highlight how the adult presence influenced children to view learning as a compulsory activity that occurred before play, at tables, and was an activity that required children to follow instructions. Children's accounts of their play experiences showed that play is fun and a holistic endeavour, which requires sensitive and responsive interactions, invoking excitement and endless possibilities. The adult was absent from play other than to manage behaviour or observe children while they played.

The findings offer those working with children the opportunity to consider how the construction of the learning environment affects children's lived experiences, and what type of interaction and enjoyment the construction promotes. You could ask yourself: