Forest School: Straying from its roots

Is there a danger that ‘Forest School’ has become an easy marketing term in the UK? Tina Lambert weighs whether practice is now too structured and far removed from its Scandinavian origins.

Freedom to explore and invent…free-range, natural not artificial. These are all terms which adults readily associate with Forest Schools and the learning they offer.

But while the name continues to enjoy these connotations (The Outdoors Group, 2018) I wanted to explore whether these learning opportunities are in reality being delivered to young children through much UK Forest School practice – and particularly to those in disadvantaged circumstances who may not often get the opportunity to play outside in a natural environment.

That is not to deny there are very good Forest School providers in the UK. According to the Forest School association these provide:

‘An Inspirational process that offers children, young people and adults regular opportunities to achieve, and develop confidence and self-esteem through hands-on learning experiences in a woodland environment with trees’ (Forest School Association.org.2018).

However, there is a risk that many Forest Schools do not go anywhere near trees or woods and as with forest fruits and forest tea in supermarkets – products that have never been near a forest – and inevitably the term is being used to market an image which adults aspire to.

Increasingly early years providers are encouraged to think that Forest School offers a better curriculum than just allowing children to play outside. Undoubtably a good Forest School experience can be beneficial to children who may not otherwise have the opportunity of experiencing and playing in an outdoor environment, but is it really a better than natural play and if so where is the proof? Are the claims of the Forest School movement that the provision increases independence and self-esteem accurate?

A Forest School teaching qualification can be attained in quite a short time with little practice and there is a danger that this could produce teachers who have not had the necessary training in how to support children's autonomy. These adults may not notice when a child needs to facilitate their own learning (Maynard 2007).

The stand-alone Forest School qualification could be in danger of producing a structured programme that is recognised as the only outdoor play programme. Part of the difficulty is that the term Forest School gives more gravitas to learning in an outdoor environment than the word play.

The Forest School Association claims that Forest Schools provide opportunities for young children to achieve, develop confidence and self-esteem, but little work has been undertaken to compare the achievements of young children from an adult-led Forest School programme compared to that achieved from play-based outdoor learning gained through children's own self-facilitated play in a natural environment.

There have been many, largely theoretical, studies investigating how a Forest School or outdoor play environment can support learning. None of these studies though have been focused on studying children in different outdoor learning environments.

‘Adventure in a bun’

There is an argument that as life becomes increasingly commodified in what Jarvie (in Loynes 1998) calls ‘recreational capitalism’ , where there is a tendency to market and brand every experience. Loynes (1998) calls this ‘an adventure in a bun’ in which he recognises that what were once life experiences are now standard, dependable and safe – just like a McDonald's hamburger! The same could apply to the commercialisation of Forest Schools, what was once facilitated outdoor play but has become a packaged education which can and often must be purchased.

There are undoubtably many examples of good practice with Forest Schools encapsulating play-based pedagogy (Davis and Waite 2005) and it would be hard to argue that children did not gain any benefits from a good Forest School programme.

However there is new debate on whether Forest Schools have become less play based and more prescriptive. In his critique of Forest Schools, Leather (2016) argues that since their adoption in the UK, the cultural underpinning of Forest Schools in relation to the notion of play, coupled with the speedy training of practitioners, has become a major issue.

Leather also questions the presentation of literature which magnifies the claims and benefits for all children attending Forest School and that these claims appear to go unchallenged. He suggests that there is a risk that the term ‘Forest School practitioner’ becomes a label for practitioners who do not have a deep and rounded understanding of Early Years Foundation Stage (EYFS) pedagogy. This can result in children not being at the centre of all learning with the consequence that they are deprived of real outdoor learning opportunities.

Scandinavian Forest Schools usually operate on a daily basis all year round (Williams-Siegfredsen, 2017) and they emphasise the importance of this continual learning. In contrast, many Forest Schools in the UK operate only one day or afternoon a week for up to ten weeks and the positive outcomes claimed could be limited by such a short duration provision.

Scandinavian Forests Schools can be fundamentally different in structure with different play pedagogues. They are less closely supervised, and children are strongly encouraged to play independently in natural surroundings. There is evidence of a clear cultural divide in the supervision of children at play (Whitebread 2012).

Responding to these criticisms Knight (2018) accepts that Forest School sessions take time and need support and are not always as good as they could be, perhaps occasionally not even good enough (Knight 2018). Knight also recognises that it is true that some commercial entities have tried to market their own version of Forest School making a more commercialised organisation which she acknowledges cannot be prevented.

Knight (2009) also emphasises that Forest Schools should be a routine event taking place in a woodland setting and strongly suggests that the learning is play-based and as far as possible child-initiated and child-led. (Sara Knight is one of the leading advocates of Forest Schools in the UK).

Part of the problem is that the learning and development outcomes put forward by Forest Schools, although valid, are often given as facts without observations having been accurately and empirically measured.

There is a lack of practical research investigating how very young children gauge their own experience in both Forest School and other outdoor play situations and more research is needed which includes understanding the child's voice in matters that concern them (Rose and Rogers 2012).

Results of a small-scale study

In order to provide factual evidence comparing Forest Schools with learning through outdoor play, a small study of children's learning in different outdoor environments using the Leuven scales (Laevers, 1976) is useful. The scales are a table of measured responses and are a proven way to assess children who are very young who cannot effectively articulate their feelings, children who are non-verbal and children who have additional needs.

The scales measure the level at which children are operating compared to their full capabilities. The study compared children's well-being and involvement in Forest School settings with those using general outdoor play provision. The depth of staff's knowledge about how children learn was also questioned. 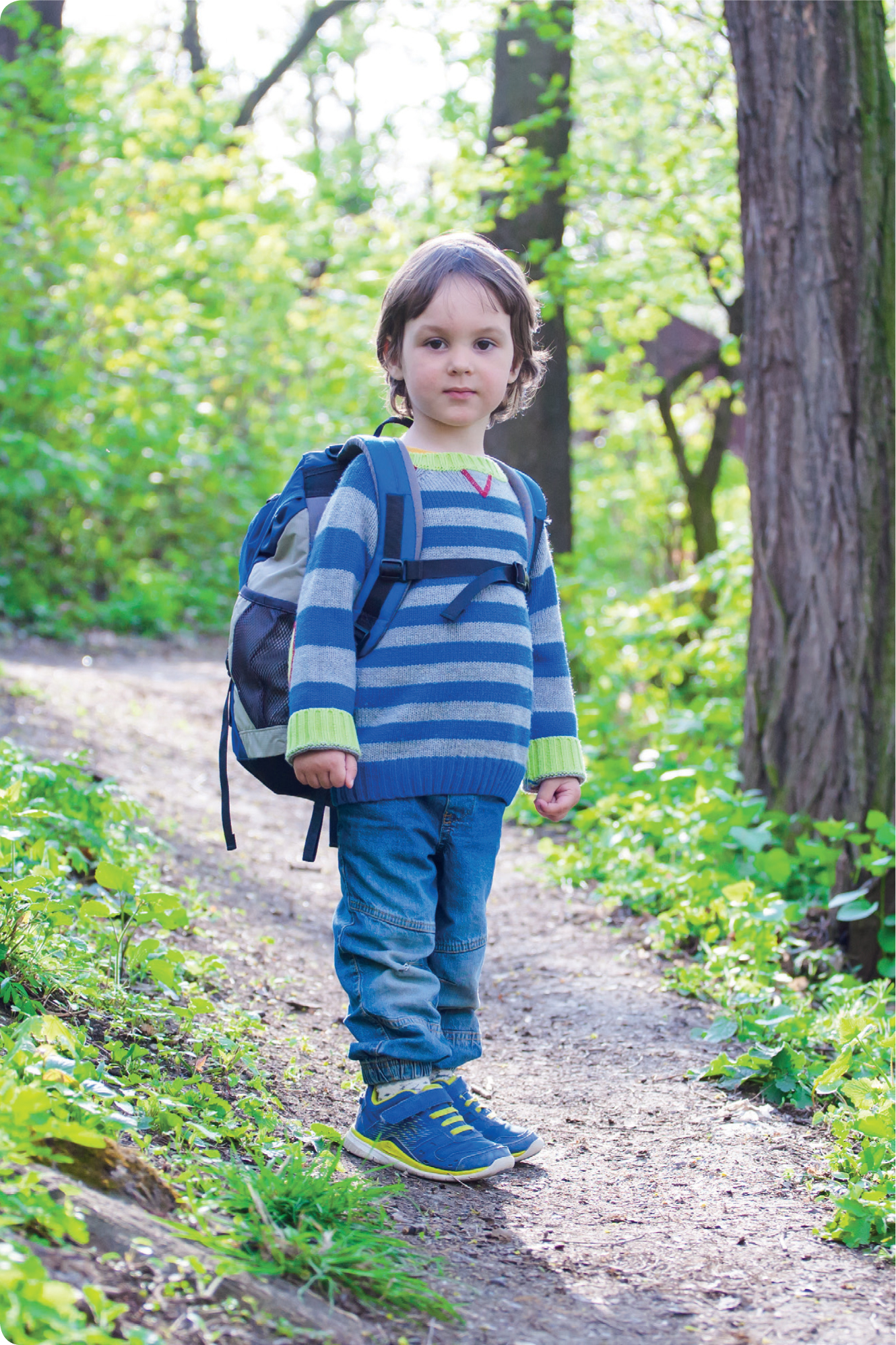 Results of this study confirmed many of the documented concerns and results strongly suggest that children gain more learning when they play with minimal adult interference compared to an adult directed Forest School session.

Children who are allowed to engage in free play scored highly in measurements of well-being and involvement throughout the time they were observed, and these signs are precursors of learning. In contrast children engaged in adult-led activities scored significantly lower on the scales.

Although the majority of Forest School practitioners in the study articulated and understood the importance of allowing children to play in a natural environment, practitioners were often less inclined to do this compared to their non-Forest School colleagues.

Good outdoor teachers have a cultural empathy, passion and deep understanding of the outdoor learning environment and work hard to enable young children to learn through experience of the outdoors. The risk is that teachers who are good with young children in a classroom situation are ‘sent outside’ to teach children in an environment in which they are uncomfortable and with a curriculum which they don't understand. Although staff are trained, they are often better at practical tasks especially showing rather than understanding how children learn and allowing them to choose their own learning pathways. Children soon get bored with being constantly shown. This was apparent in the findings of the study. A child which can perform today with assistance should be allowed to perform later independently in order to learn (Vygotsky 1978).

The challenge for further study could be to investigate the effect of the different cultures and educational philosophies that exist between Scandinavian countries and the UK. This would provide a lens to assess whether the meaning and philosophies of Forest Schools have been lost in the adaptation to UK systems and educational practices which have a tendency to be more prescriptive and controlled.