In June 2022, the Government published its Food Strategy White Paper, which included the objective of halving childhood obesity by 2030. With recent data showing an increase in the number of children who are overweight or living with obesity, how can early years settings better support children and families to have an understanding of healthy eating and the benefits of physical activity? 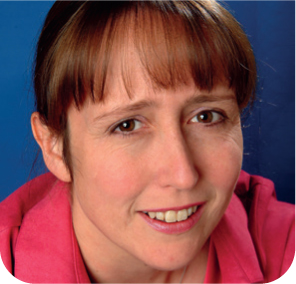 Early years settings are ideally placed to help young children learn about the importance of a healthy diet and the benefits of regular exercise. With more children spending longer in settings, early years practitioners understand the need to focus on promoting a balanced diet alongside plenty of play and physical activity.

In recent years we have seen significant increases in the number of children who are overweight, and in the number of young people living with type 2 diabetes. This means that the work settings do around healthy eating and physical activity has never been more crucial.

The EYFS and healthy lifestyles

The EYFS states that, within the prime area of Personal, Social and Emotional Development, children will ‘learn how to look after their bodies, including healthy eating’ through ‘adult modelling and guidance’. As part of the early learning goal for ‘Managing Self’, children at the expected level of development need to understand ‘the importance of healthy food choices’. In addition, the Statutory Framework requires that any food provided in early years settings must be ‘healthy, balanced and nutritious’.

Many settings already have a strong focus on snack preparation as an activity for discussions around healthy eating and also for thinking about other areas of the curriculum, such as maths. In addition, settings are increasingly prioritising outdoor learning, forest school provision and ‘grow your own’ gardening activities.

The EYFS and physical activity

The EYFS notes, within the prime area of Physical Development, that ‘physical activity is vital in children's all-round development’. The Statutory Framework references the Chief Medical Officer's (CMO's) physical activity guidelines. These guidelines cite a large body of evidence showing the amount of physical activity in the under 5s ‘influences a wide range of both short-term and long-term health and developmental outcomes’. The CMO notes that low rates of activity are recognised as ‘a contributor to increasing rates of child obesity in this age group’. 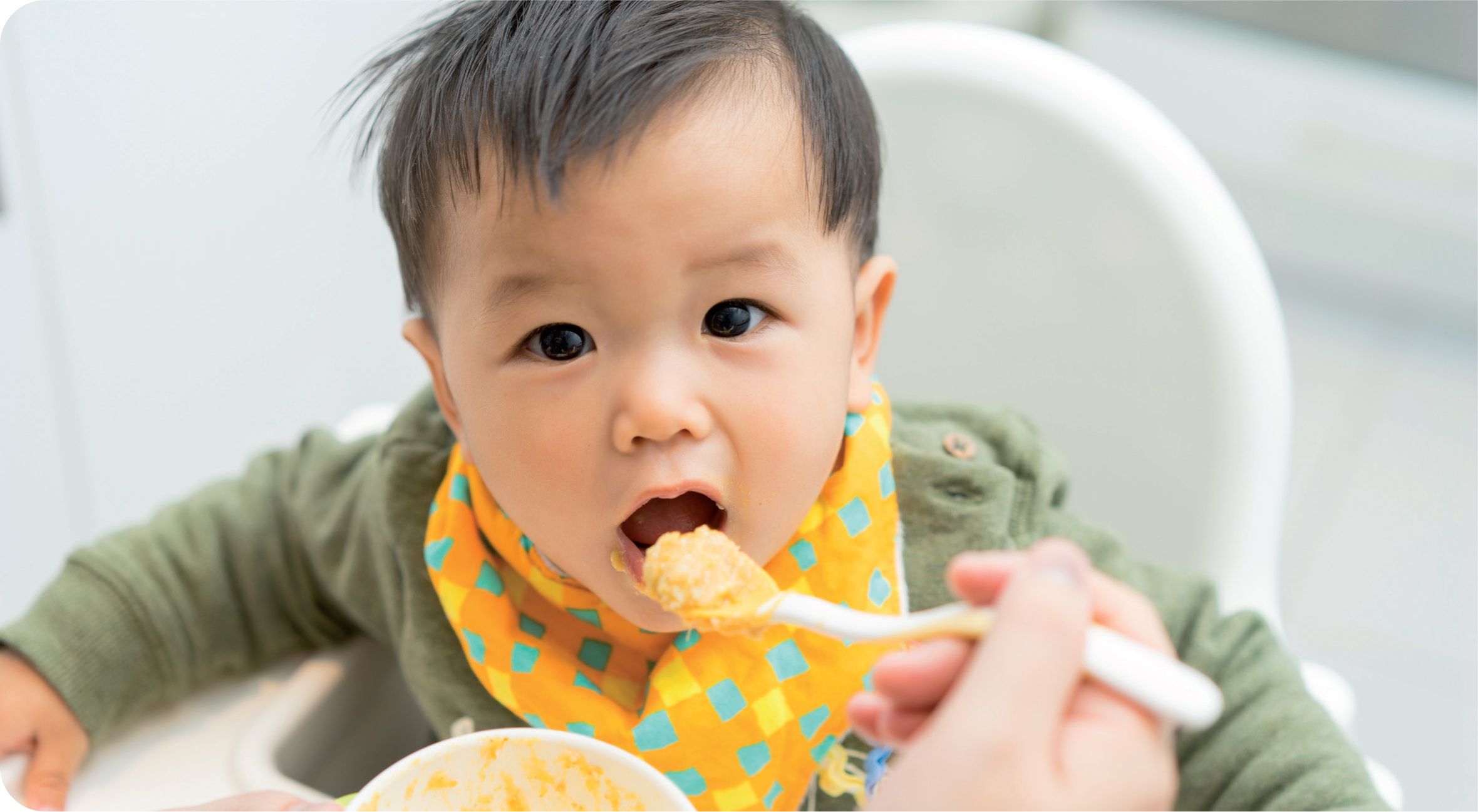 The CMO advises that children aged one to two years should spend at least three hours a day ‘in a variety of physical activities, including active and outdoor play, spread through the day’, noting that ‘more is better’. For children aged three to four years, there should also be at least three hours of physical activities, spread throughout the day, to include active and outdoor play. With the DfE and Ofsted appearing to push for a more formal, desk-based approach to the EYFS, especially in Reception classes, it is vital to highlight the importance of regular physical activity.

In 2018, the UK government asked Henry Dimbleby, co-founder of restaurant chain Leon, to conduct a comprehensive review of the country's food system. Dimbleby was asked to offer a set of recommendations that would ensure our food system was able to deliver ‘safe, healthy, affordable food’ and which ‘restores and enhances the natural environment’. Part One of his Review was published in July 2020 with Part Two (‘The Plan’) following in July 2021.

In his Plan, Dimbleby gave a list of recommendations, which included a sugar and salt ‘reformulation tax’ to produce revenue to help get fresh fruit and vegetables to low-income families. He advised the Government to launch a new ‘Eat and Learn’ initiative for schools. He also recommended that Government extend eligibility for free school meals.

Dimbleby identified two key challenges affecting the food system in England, which were the ‘Junk Food Cycle’ and the ‘Invisibility of Nature’. He argued that humans had evolved to eat natural foods, but that the advent of calorie-dense foods had meant people tended to consume more, without their appetite being satisfied in the same way.

The Government's Food Strategy was published on 13 June 2022, in response to Dimbleby's review. In the White Paper, George Eustice, Secretary of State for Environment, Food and Rural Affairs, noted that ‘poor diet has led to a growing problem of obesity, particularly among children.’ He stated that ‘industry-backed initiatives like ‘veg power’ … have shown the value of positive advertising to promote vegetable consumption among children’. However, it was clear that ‘there is more that must be done in future … to promote healthier diets’.

The Strategy shares the latest data on diet and weight, which shows that around 64 per cent of adults and 40 per cent of children in England are overweight or living with obesity, and which has been compounded by the pandemic. In the Strategy, the government said it will seek to ‘halve childhood obesity by 2030’ and to reduce the life expectancy gap between different areas. The Paper talks of plans to ‘spark a school food revolution’ including up to £5 million of funding to deliver a ‘school cooking revolution’ and a new pilot for local authorities to ensure that schools complied with school food standards.

Following the publication of the Government's response to his Independent Review, Dimbleby condemned their plan, saying it was ‘not a strategy’. He pointed out that the white paper ‘doesn't set out a clear vision’ and ‘doesn't set out what needs to be done’. Graham MacGregor, a professor of cardiovascular medicine and chairman of Action on Sugar and Action on Salt, said that Dimbleby's evidence-based recommendations ‘would have had an enormous impact’ but that the White Paper ‘makes it abundantly clear that our Government is in the pocket of the food industry’. MacGregor talked about the health consequences of the decision to ignore Dimbleby's advice, with the ‘escalating cost of treating obesity, Type 2 Diabetes and tooth decay’.

In a report published in 2017, the Royal College of Paediatrics and Child Health noted that ‘80 per cent of overweight and obese children will become overweight and obese adults’. The Office for Health Improvement and Disparities noted that ‘obesity harms children and young people’, with links to bullying and poor emotional/psychological health. Obesity rates are highest in the most deprived 10 per cent of the population, where they are more than twice that of the least deprived 10 per cent. The National Child Measurement Programme found that around 22 per cent of children in Reception were either overweight or obese. A recent Sport England Active Lives survey also showed that only 45 per cent of children and young people were meeting the Chief Medical Officer's Physical Activity Guidelines.

The Government's Childhood Obesity Plan was last updated in January 2017. This Plan notes the economic and other costs of childhood obesity. The Obesity Plan recommended that a soft drinks levy be put in place and this came into effect in April 2018, leading to over 50 per cent of manufacturers reducing the sugar content in their drinks. By March 2019, research published in the British Medical Journal found that the amount of sugar in soft drinks was around 10 per cent lower per household per week, equivalent to one 250ml serving less per person per week.

The Prime Minister Boris Johnson rejected claims that the new food strategy failed to further combat obesity, saying ‘What we don't want to do right now is start whacking new taxes [on the food and drink industry] that will just push up the cost of food.’

An NHS report into the number of children with Type 2 Diabetes revealed that nearly 1,600 children and young people in England are living with the condition. The charity Diabetes UK called for the Government to ‘work harder to tackle childhood obesity’ and to ensure that healthier food was ‘accessible for everyone’. Chris Askew OBE, the charity's Chief Executive, called the figures ‘a worrying wakeup call’.

Analysis done by Diabetes UK and published in June 2022 showed that the number of children receiving treatment for type 2 diabetes had increased by over 50 per cent. The study also revealed that the number of reception-age children living with obesity had gone up from one in ten to one in seven. The impact of this disease is disproportionately felt by children living in deprived areas, with four in ten children and young people living with diabetes coming from the most deprived areas, while only one in 19 from the least deprived. The charity called on the government to ‘urgently reverse its decision to delay restrictions to junk food marketing’.

The organisation Action for Children has published a guide on the voluntary food and drink guidelines for early years settings, and on how they can better promote and support healthy eating. This guide gives examples of balanced menus, as well as guidelines for children's consumption of various different food types.

While the early years sector has always been keen to promote healthy eating and a physically active lifestyle, it seems that even more focus on this subject will be required in the coming years. With physical outcomes for children apparently deteriorating due to the pandemic, there is an ever-stronger imperative for settings to play their part.