Our first author spotlight focuses on James Tunnell and offers a glimpse into his book ‘Loose parts and beyond.’ This is a guide to support settings and their teams on the journey to embed loose parts into their provision.

‘This guide is presented to you so you can begin to implement loose parts. It's what I wish I had in 2011’ (When James first started using loose parts.) ‘I've packed this with useful information on what loose parts are, how to introduce them safely and how to support those around you,’ –

Here are some extracts from James' book to get you thinking about your interpretation and practice around loose parts play.

What is ‘loose parts’?

Ever noticed a child turning a stick into a sword? Or a block into a phone? That's loose parts play. But often people label the resources themselves as loose parts in their own right, and that's not true!

Take a pinecone. Loose part, right? NO! It's a pinecone. Usually found scattered around woods in the Autumn or teachers’ classrooms. It is a pinecone and always will be a pinecone. It becomes a loose part when it is played with in an imaginative way. It could be a treasure box, a baby, a dog – anything! But it can also be nameless and part of a pattern or placed on top of a tower silently.

Loose parts are only loose parts when they are used in ways which are both imaginative and unintended. They can be natural or human made. 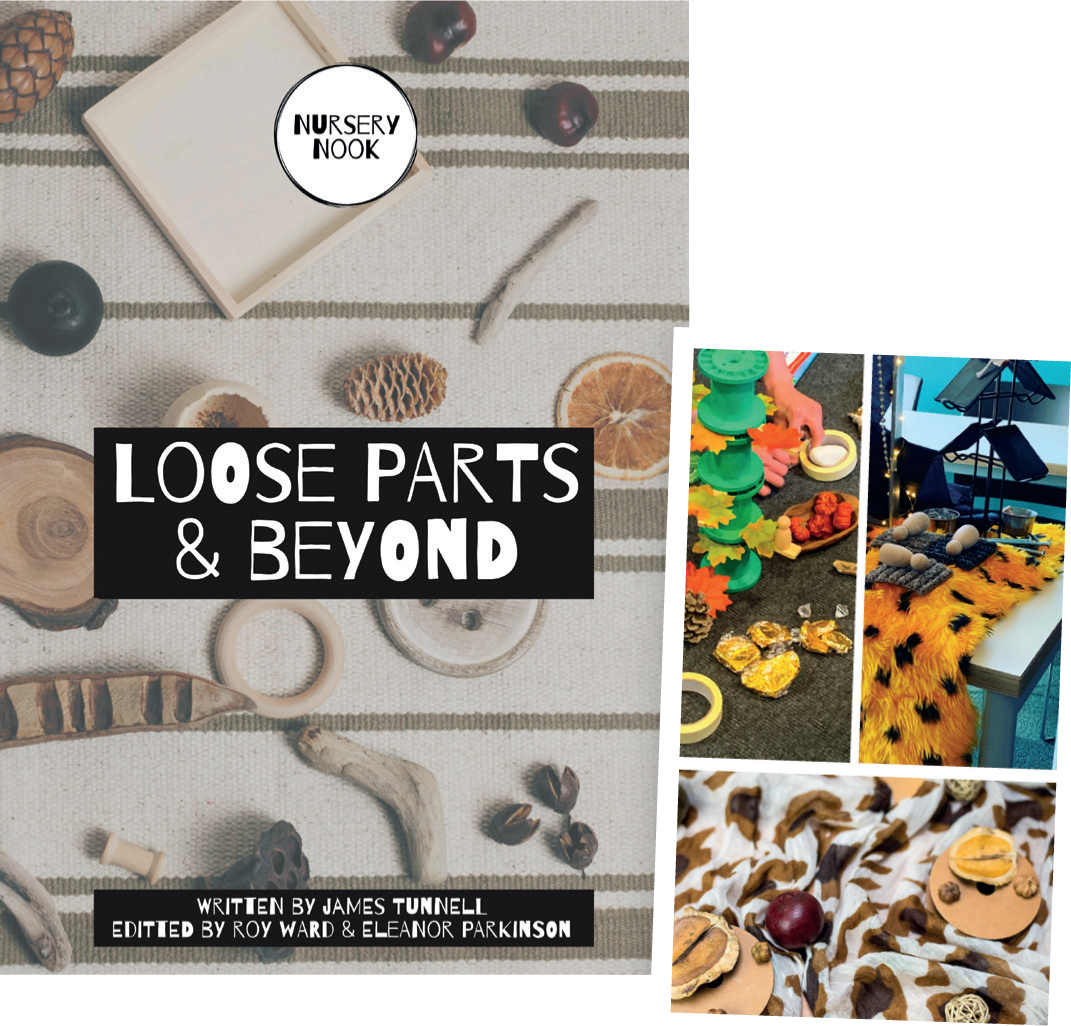 The more ‘open-ended’ a resource is, the more likely that it will be used as a loose part. However, a very creative child could still turn a TV into something else. It all depends on the child. Therefore, a loose part can be open or closed-ended.

When is an open-ended resource a loose part?

It's complicated! A pinecone is not a loose part just because it exists. An open-ended resource becomes a loose part when it is used in an unintended way.

This is a hard concept for many practitioners to understand. It's not enough to give children some open-ended resources and hope that they play with them. They have to be in an environment with supporting adults and enough time. Only then will they be able to think and play creatively enough to turn these open-ended resources into loose parts.

Loose parts creations can take many forms from big and bold to small and simple. Some children will construct with an idea in mind whilst others form an idea whilst they are creating. Some children will finish their construction and still not be able to tell you anything about it.

The book explores ‘beyond’ loose parts too. Aesthetics, block play, well-being and involvement, provocations, project-based learning and schemas are just some of the other topics James considers throughout, all in relation to loose parts play.