Elaine Bennett (@keyu_official) posed a question in April; ‘Is it ethical to provide food stuffs for play in our settings?’ This provoked reflection on how real food is used in early years and whether it is time to change. Adam Marycz shares others' views as well as his own reflections.

‘In a time where many are choosing whether to heat or eat, with a cost of living crisis and families turning to food banks and voucher schemes to feed their children…should we be using food stuffs as play materials in our settings and classrooms?’ @keyu_official

Most people in early years will have experienced a wide range of food being used during play. I have witnessed children turn cornflour into ‘gloop’, explore both cooked or dried pasta and even delve into a tub of baked beans during sensory play. Food is often the go-to resource for sensory play across early years, other options include; dried foods such as rice, lentils or food that requires preparation such as: jelly, cooking spaghetti or making playdough. However, as the post says, ‘is it ethical?’ The conversation surrounding this topic raised several interesting points. 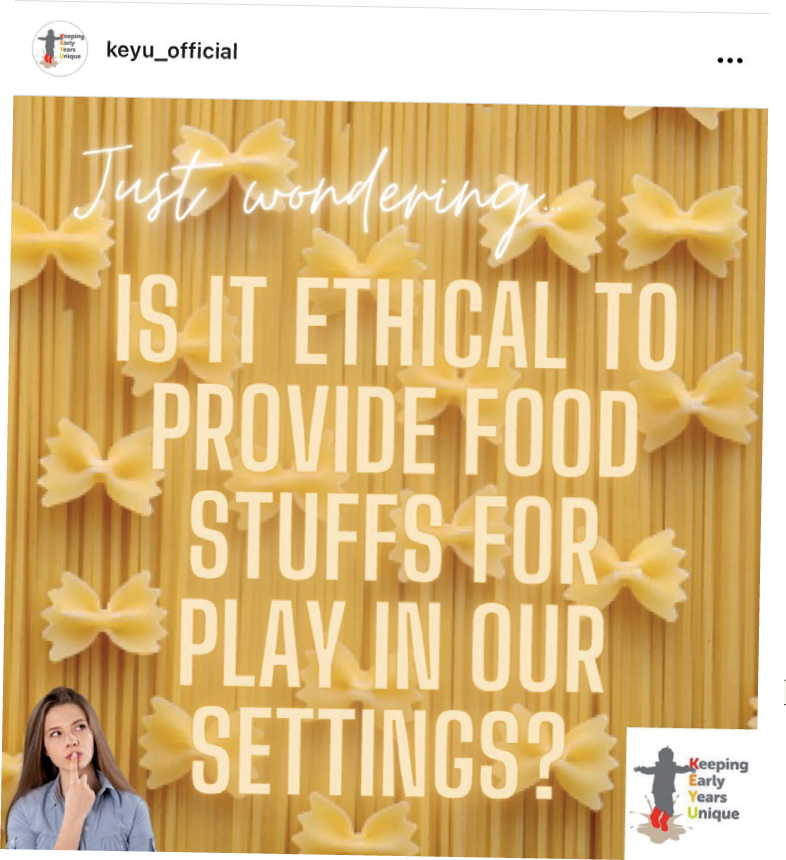 Laura Henry-Allain MBE (@laurahallain) shared her thoughts. She argues that there are ‘many other sensory play activities’ that ‘have the same impact’ and therefore ‘no’ ‘it is not ethical.’ She says that because ‘we are informed’ we ‘can make a change.’ @keyu_official also reflects on that it was accepted practice across early years a number of years ago to ‘regularly’ fill ‘trays with food for children to play’ and ‘it never occurred to me it was something to think about’, however more recently the conversation has changed, for example ‘one delegate spoke so passionately about not using food’, ‘it made me really rethink things.’

These are viewpoints and experiences to which I can relate. Whilst in recent years I have consciously reduced the amount of food we use for sensory play, we still have dried food as part of our provision in our kitchen/home corner. This includes pasta, rice and tea bags. I think it's time I reconsider this. 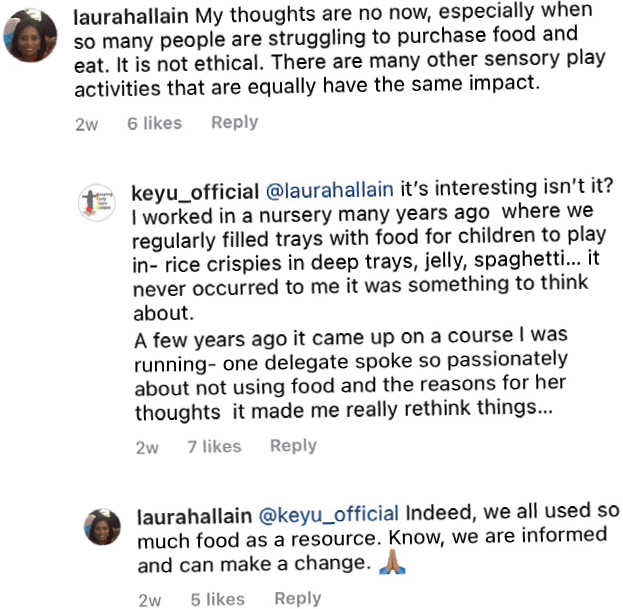 @nat.uralobjects also said that she uses ‘dried beans and pulses that are kept for a long time’ for sensory play. She is ‘not keen on pasta and rice being used. These are staples that are given out in food banks’ and ‘times have changed and early years has moved on.’ 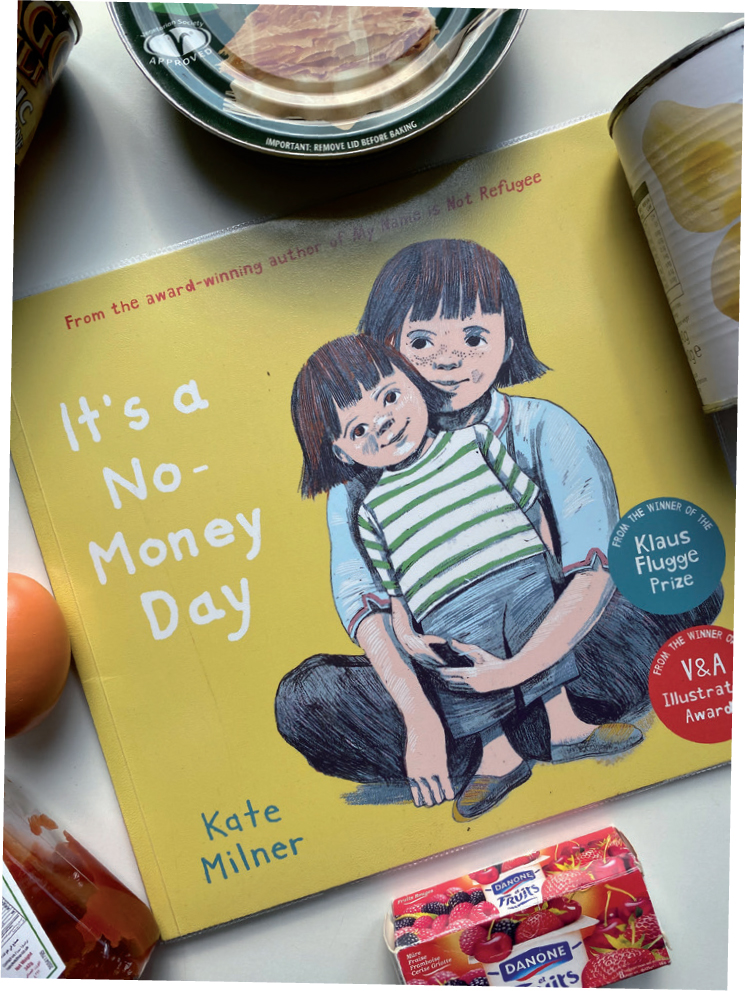 When I have been reflecting on the challenges of using food in settings and food waste more broadly, it led to me analysing my practice. Over recent months in my setting, I have tried to develop ways to reduce the amount of food waste we generate, or at least not throw so much away. We decided that we should start to recycle our food waste, therefore we created a space in our outdoor area and bought a large composter. We have also provided the children with a small food waste caddy inside so they can learn to recycle food waste themselves.

If you have any thought provoking social media or online posts to share please email them to me at adam.marycz@markallengroup.com